We started out the day by hopping out of our beds, hopping into the Texas Roadies Mobile, and getting back on the road as Texas Roadies driving on the road to the 148th NRA Annual Meetings & Exhibits in Indianapolis!

Once we arrived, the weather started out cold and windy, but that didn’t stop the NRA! 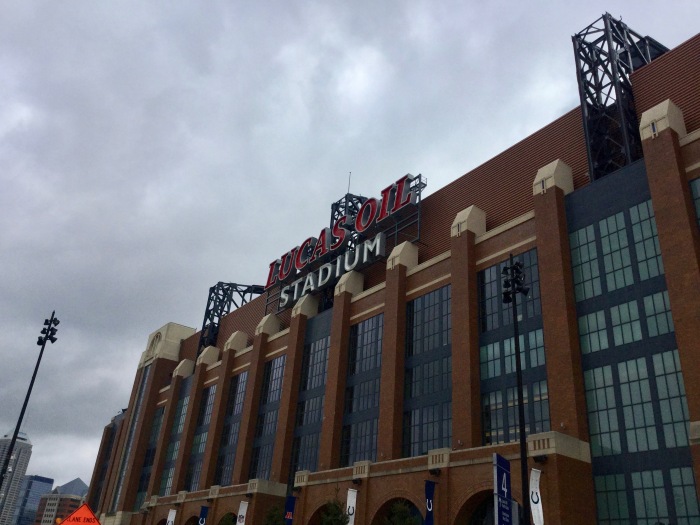 As we made it to the entrance point for the stadium: we got in line, passed the security entrance into the Lucas Oil Stadium, and got our seats! 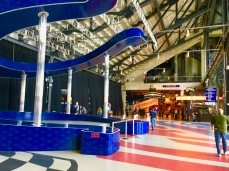 For the speeches: we listened to Chris W. Cox’s speech, Mike Pence’s speech, Donald Trump’s speech, Steve Scalise’s speech, Wayne LaPierre’s speech, and speeches done by survivors of attacks who explained how guns will defend ya from the baddies that will use their guns against ya which means that even the baddies have to worry about danger because the goodies have got guns too!! All the speeches went to convicting socialism, upholding the constitution, preserving life, fighting against tyranny, protecting liberty, worshiping our one true God, and declaring the rights of a free people to keep and bear arms shall not be infringed!!! We were in history! These speeches were dunking dangslanging good with dunking Texan A+’s! 🔫🦅🇺🇸✝️

What a dunking moment! 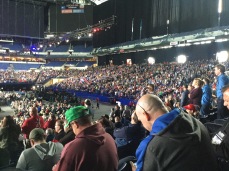 Lotta deplorables here! I’m one too! 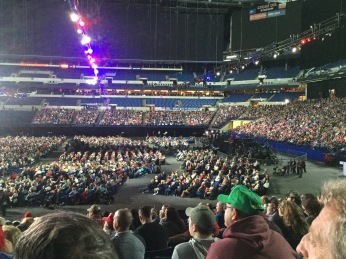 Taking a stand for MURICA!!! 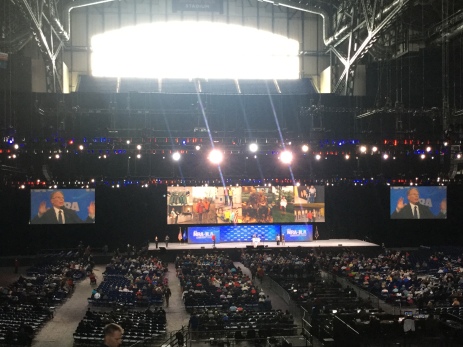 IT’S TIME TO TAKE A STAND FOR MURICA!!!!

After checking out those super cool speeches: we headed over to the NRA convention (which is next door) to check out guns, gear, and lunch!

Who is this dude? 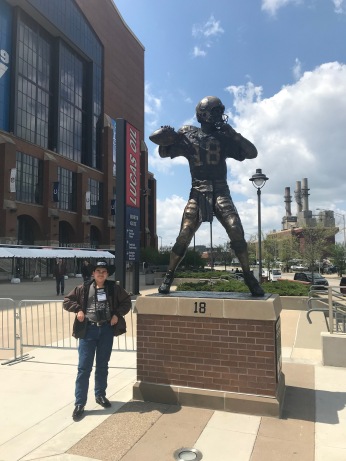 This place is amazing!

This convention is packed with GUNS!!!!

These guns are suitable for Red Dawn!

I would say that it’s only the largest if it was born in Texas because everything is bigger in Texas! 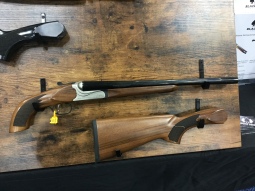 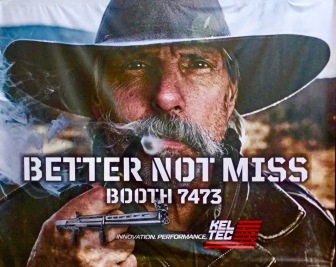 YUP! WE AIN’T GONNA MISS IT! 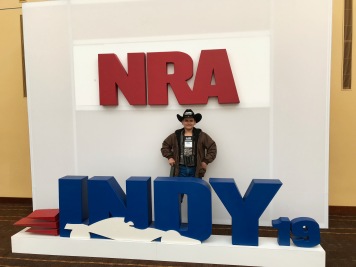 For lunch, I ate a deliciously cheesy slice of dunking tasty pizza (Dad didn’t want any) at a pizza stand in the convention! I’ll say that this pizza stand is dunking dangslanging good with a dunking Texan A+! I could really taste the cheese, the pepperoni, the crust, and the oil in the pizza which really added American finesse to it!

It’s in the middle!

The cheese, the oil, the pepperoni, the crust, the taste!

After lunch: we got some really cool gear which included a NRA 2019 shirt for me, bumper stickers, and stickers! The gift shop was really cool with lots of NRA shirts, NRA mugs, NRA stickers, and beyond!!!!!!!

A FREE PEOPLE MUST SHOOT!

We are getting these bumper stickers! 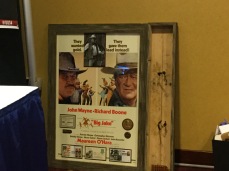 Walking out with NRA mercandise!

After getting the gear, we explored the gun exhibit for hours looking at amazing guns, gun equipment, and plenty of gun stuff that were really dunking cool for surviving!! This place was packed with so many guns that the globalist Deep State would not stand a chance against we, the deplorables! From my dunking, cold, dead, finger-licking hands (✋🔫🍗)!!!!!!!!

The Texas Giant with pistols!

Hickok45 with some dude! 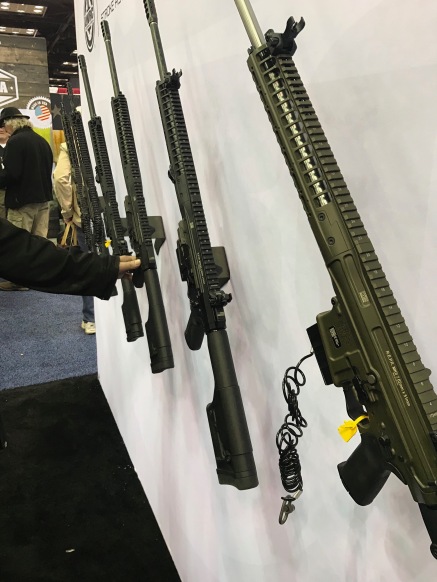 These guns are proudly American!

Leave it to Dan!

Target practice on the Deep State!

What an American honor!

The art of aiming! 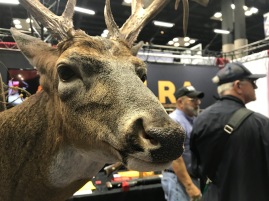 Looking deep into the hole!

“I say yes to the wall!”–The Texas Giant 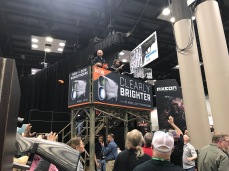 Folks handing out stuff to put on cups to other folks! MAY THE BEST AMERICAN WIN!

Who is gonna win the prize for a super awesome gun (drum rolls)? 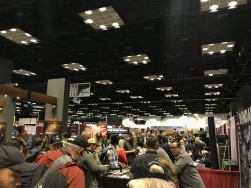 The only thing that stops a bad guy with a gun is a deplorable with a gun! 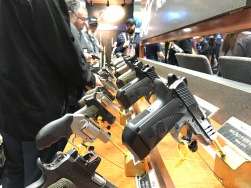 This is pistol country! 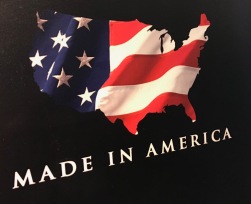 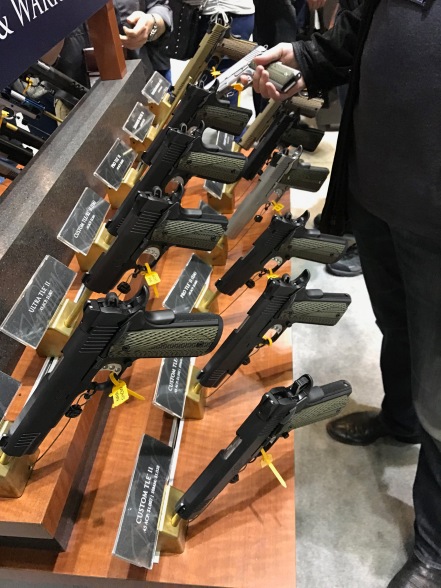 The bigger the pistol, the better!

The gun clinger, the deplorable, and the dreg of society!

After the NRA convention, we hiked back a long way to the Texas Roadies Mobile while having a dunking powerful wind trying to blow us away (Dad said it was a 2 mile hike)!

Once we made it back to the Texas Roadies Mobile, we went to our Motel 6 room, and watched Fox News!

Ohhhh!! Glorious NRA, YA ARE SOOO GREATT!! ALL HAIL THE GUNS OF FREEDOM!!!

“I think he is creepy enough.”–The Texas Giant

For dinner, we ate Subway sandwiches (I customized my sandwich a lot which made my sandwich really spicy which was SUPER DELICIOUS) with jalapeño potato chips while watching Fox News! I’ll say Subway is dunking dangslanging good with a dunking Texan A+! Ya can really taste the freshness in these 5-star sandwiches! 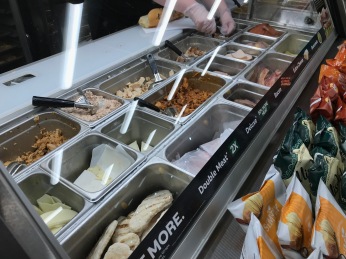 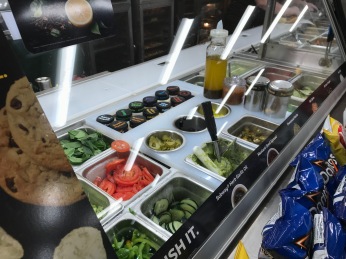 Gourmet that is made from scratch!

After dinner, we watched more Fox News, and dunking slept! 😴😴