We started the day by hopping out of our Best Western beds and getting back on the road as Texas Roadies driving to Vanceburg.

Vanceburg was a neat n’ classy town that bordered a railway and the Ohio River. Both the river and the railway were very useful because they made it easier for humongous coal to be transported. Coal likes towns with classical buildings that are suited in the patriotism of hillbilly/redneck intellectualism. There is also a nice park that has a view of the river which is dedicated to America’s fallen veterans from many wars. This park was a great place to pay respect to American patriots with star-spangled courage. 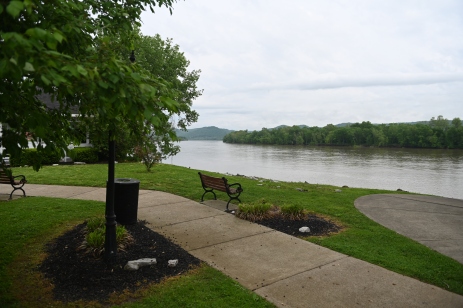 A view of the Ohio River (Ohio is to the right). 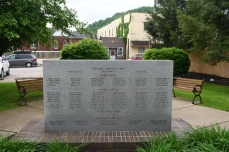 The few, the brave, the patriots. 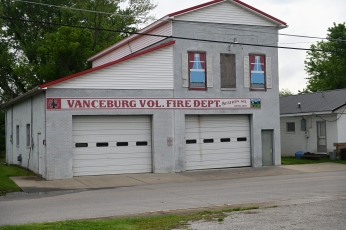 When driving thru beautiful Eastern Kentucky, we also paid a visit to Catlettsburg.

Catlettsburg was a very antique type of town next to the great Ohio River. The buildings were very classically built with sweet southern tradition. Though the buildings were classical, many were stricken by lack of prosperity which is why they do not look very repaired. Another great addition is the big beautiful concrete wall that borders the river. The wall is there to protect the town from getting flooded which means that walls work!

Over there is West Virginia. 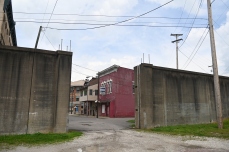 A opening of a big beautiful concrete wall on the border.

When there’s a flood coming, a gate closes the opening entrance.

Y’all can come in floods, but y’all gotta come in LEGALLY!!!

Then we went to the West Virginia town of Kenova to check out Virginia Point Park (I believe the reason why Virginia is in the name is because WV was once part of VA when this park was formed) which is a park that oversees 3 states (KY, WV, OH) which is really fascinating. It’s a great destination for coal and a view of the South and the Midwest (I’ll never forget this region). 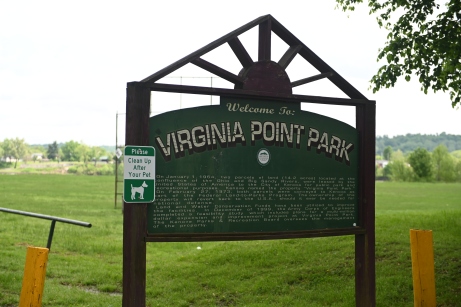 3 states all at once!

This can be used for coal.

On the other side is Ohio.

Then we drove across West Virginia into Maryland from into Pennsylvania where we made it to Harrisburg (capitol city of PA). We did it as Texas Roadies driving through blue-collar country across the east-of-the-Mississippi River-region (it still ain’t as good as being west of the river because that’s where Texas is)! Yeeeee haaaawww!!!!!!!!!!!!! 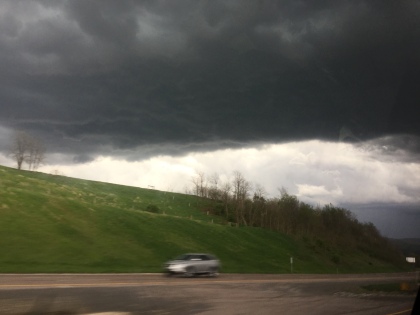 Once we arrived in Harrisburg, we attended mass at Mater Dei Latin Mass Community. The mass was glorious with the work on the altar, the power of prayer, and the shining hope of God shining on the church. It also has fantastic architecture (may be Gregorian-style) that shines with ancient glory. 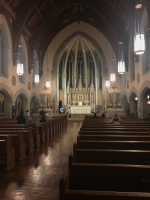 The beautiful sanctuary of God.

The classical architecture is amazing!

The church has a nice view of the Pennsylvania State Capitol (not too far).

A deeper look into the church.

After attending mass: we relaxed at a Motel 6 room, ate dinner, and watched Fox News!!!

It’s really fascinating. A deep study into the complex SCIENCE of earth!!!

The greatest economy in the history of mankind!!! 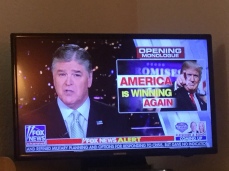 The end of collusion n’ delusion!!!!

For dinner, we ate food from Philadelphia Steaks & Hoagies (the food was so dunking good that Dad had to go through a super long wait to dunking get the food). We ate dunking delicious sandwiches, salad, and fries while watching Fox News! The sandwiches were juicy, fatty, meaty, and with crunchy bread that made it taste just so good. The fries were crispy with the right amount of potato carbs. The salad was refreshing with nutritious deliciousness. I’ll say that this restaurant is dunking dangslanging good with a Texan A+!!!

“Give us our hoagies or we’ll send in our Pennsylvania Amish army!!!”—Line

What? Isn’t this Harrisburg?!??

Juicy hoagie with a side of nutritious salad.

Now that is what I gotta dunking say about May 3, 2019!! God Bless Texas & God Bless America (when you see the Chile flag with the cowboy, it’s meant to represent Texas because the flag looks extremely similar to the Texas flag)!!! 🇨🇱🤠✝️🦅🇺🇸