What just happened? Because of some technical issues with the Texas Roadies Mobile (in repair), we remained stuck at a Motel 6 in Indianapolis for about the whole dunking day! NOOOOOOOOOOO!!!!!!!!!!!!!!!!!! 😤😡🤬🤯

O’ Canada, what the dunk are ya doing here in Indiana?

For lunch (Dad didn’t eat lunch), I ate a delicious hot dog (which was from a Pilot Travel Center nearby the Motel 6) while watching a little bit of Fox News (we were watching Outnumbered which should bring on more hillbilly intellectuals to bring more sophisticated divergence). Pilot Travel Center’s hotdogs were dunking dangslanging gourmet with a dunking fancy Texan A+!

After lunch, we relaxed in our Motel 6 room (I did blogging for most of the day), and turned on Fox News at 7:00 (we should have turned it on at 5:00 so we could watch The Five)!! MOST TRUSTED, MOST WATCHED, MOST REAL, AND MOST WORTHY NAME IN NEWS! 🤠🤠 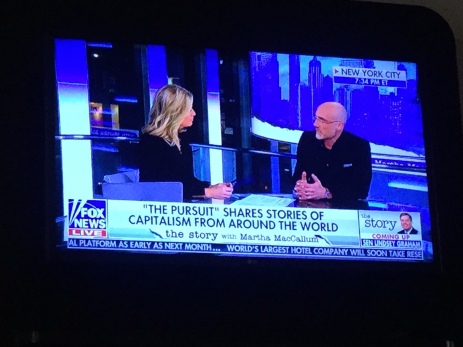 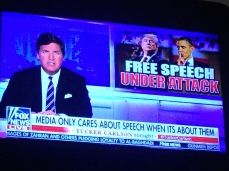 TRUE! The Fake News Media preaches about a free press, but then applauds social media companies whenever they take down conservative voices! 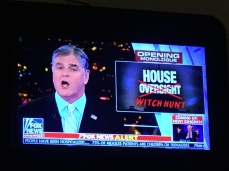 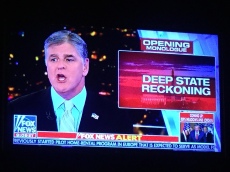 Not so fast, globalist deep state! 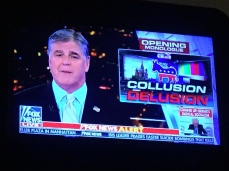 No collusion, no obstruction! BOOOOOOOM!!!

Crazy Bernie is the most liberal! DEAL WITH IT, OTHER 2020 DEMS! HAHHAAHHAHAHAHHA!!!!!!

Is Sean Hannity holding an invisible gun? If true, good for him! 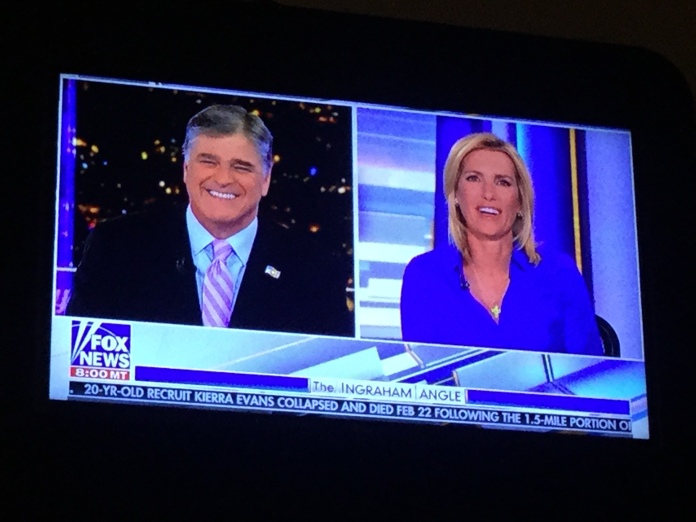 Fox News should do a duo show of Sean Hannity and Laura Ingraham! The show would be really epic!!!

For dinner, Dad ordered gyros with fries and salad from King Gyro on Uber Eats (dunk ya, Uber)! We ate our delicious gyros with fries (only Dad ate salad) while watching Fox News (a dangslanging great family tradition to be passed on to future Texas Roadies). The gyros were really dangslanging mouth-watering with sauciness slashed with tasty meat, but the fries lacked salt. Because the fries aren’t too much of a big deal, I’ll say that King Gyro is dunking dangslanging good with a dunking Texan A+!

After dinner, we watched more Fox News, and slept!!! 😴😴