The most important principle of Sunday is the catholic mass! The first event we go to for the day is the mass at St. Stephens Catholic Church (Midland, Texas). The mass was pretty decent for a Vatican II mass, but I would still prefer they follow the traditionalist Latin mass which was before Vatican II!

After mass, we explored the downtown of Midland! The unfortunate news is that Midland looks very depressing with buildings abandoned, junk on the floor, stores bankrupt, and barely any people! Midland needs a boom + boom, not a bust – bust!!!

In need of a economic boom!

The downtown of Odessa didn’t look much better, but the outskirts were a little more prosperous.

“We were gonna go here for lunch, but it was closed!”–Julian

Driving across the roads of Odessa!

After driving through the towns, we drove through the desert frontier of Texas leading into Van Horn, and got some lunch. 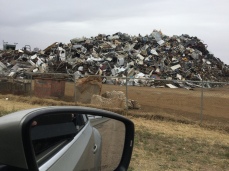 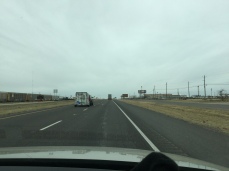 Driving on the lone star road! 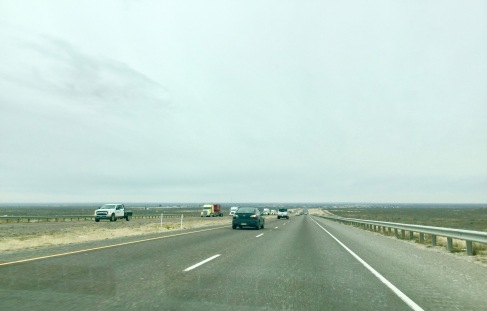 The flag shows a oil well which is really cool!

Time to get some gas!

For lunch, we (Dad is excluded because he did not care to eat lunch) ate hot dogs at a gas station. The hot dogs were sensationally gourmet (especially when served at a gas station in rural west Texas). The bite was so gourmet, that we realized the chefs were obviously the one of the greatest chefs in the WORLD!!! 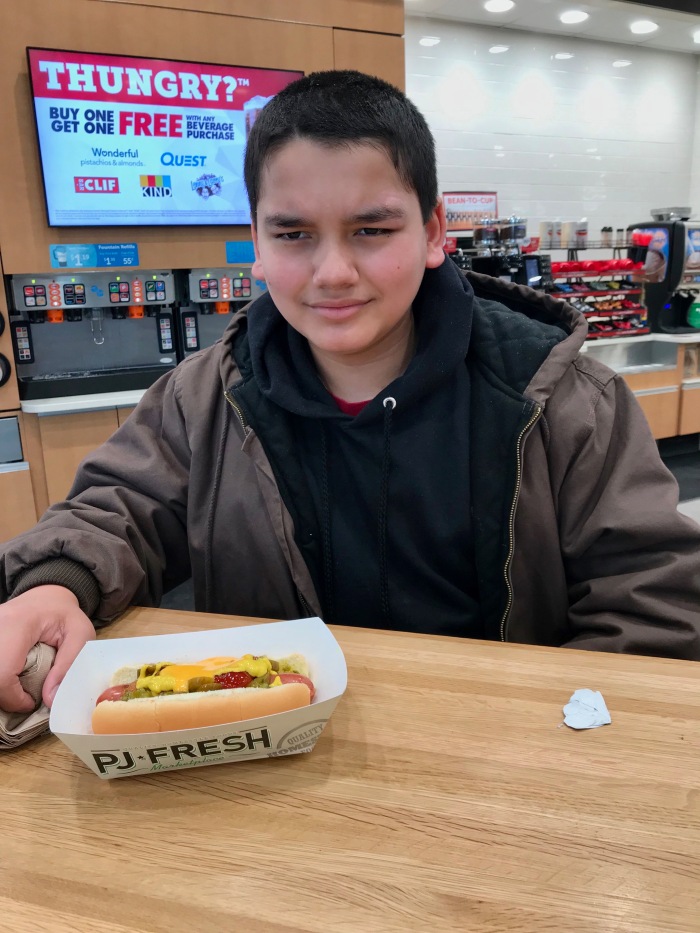 A gourmet hot dog cooked fresh in the kitchen!

After lunch, we kept on driving across the great wild frontier! It was very interesting to go to were few men have gone before! 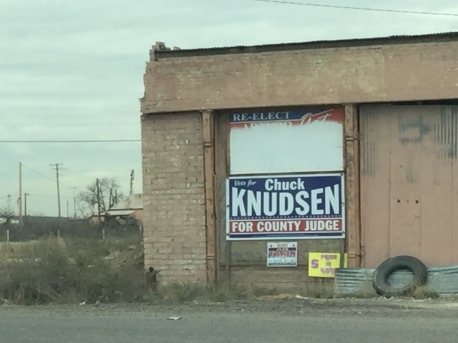 Who the dunk is Chuck Knudsen?!?

What could be in that building? 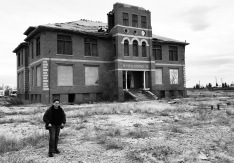 A former high school that is now abandoned!

A train across the town!

Driving unto the mist!

The road to the horn! 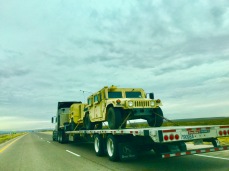 That is dunking cool military vehicle!

The moment of peace!

When arrived in Van Horn, we stayed the night at a Motel 6, watched Discovery Channel, and ate dinner!

Getting a room next to a dumpster?!?!? 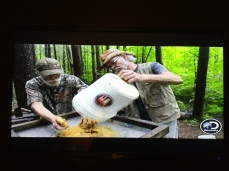 A show about moonshine!!!

For dinner, we ate at El Capitan Dining Room & Gopher Hole Lounge. Dad checked it on Yelp, found 3 stars with a half, and thought we should instead go to McDonald’s. But I knew the food was gourmet because I ate there before with Dad. Dad was suspicious of the restaurant, but once we ate there I proved that the food is gourmet! Max and I ate the Pistachio Fried Steak which was dunking delicious! Dad ate the 14oz Hand-cut Prime Rib-eye which made him think it was dunking delicious! I proved to Dad that the Texas Giant is right once again! I’ll give this restaurant a Texan A+!

A look at the hotel!

What the dunk in the dunking world is going on!??!

After dinner, we stayed at our Motel 6, watched Discovery Channel, and slept!!! 😴😴😴