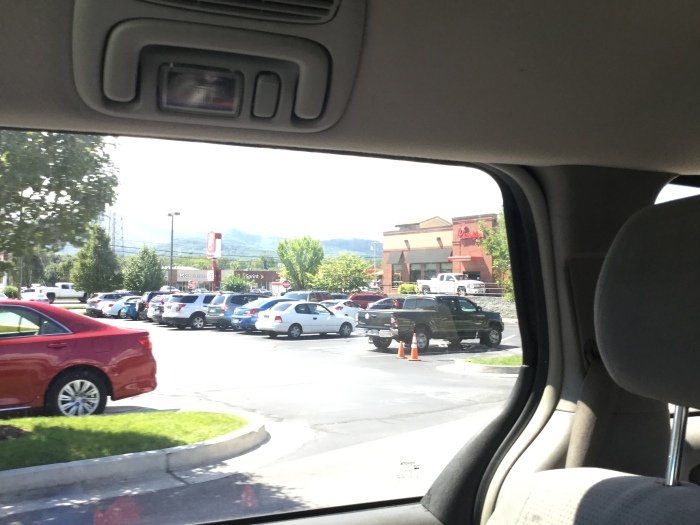 After eating our delicious chicken (🐮👍🏻), we got back on the road as Texas Roadies driving thru southeastern America on the way back to Texas (the state which is superior to all other states)!! 💪🏻🤠🇺🇸

Because Dad was not able to cancel a reservation at a Motel 6 (in Cookeville, Tennessee), we took a little break while watching Fox News (the most trustworthy news network in the galaxy), having a nice cocktail, and looking for places to eat for dinner! 🚬🤠🛋📺

After taking a break at a Motel 6, we drove as Texas Roadies gone wild to Nashville (the country music capital of Tennessee, America, and the world!! 🎷🤵🏻

When we arrived at Nashville, we saw Johnny Cash on a dunking billboard, lights flashing almost everywhere, music popping up everywhere, and no places to eat?!? 🤠🤔🤯

For dinner, we ate delicious pizza from a gas station (except dad who did not want to eat) while driving across the American darkness of the night! 🦇🌕

After eating dinner, we drove, and slept (Mom and Dad took turns driving)!!!  🚗😴🤠