By Julian (The Texas Giant!)

This Sunday morning I woke up early at a Best Western in Lexington, Virginia. We were on a road trip to drop off my brother Lance at the Virginia Military Institute, where he is starting his first year of college. 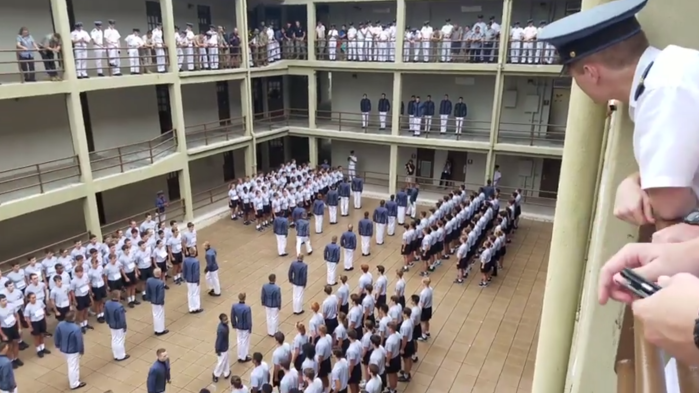 After dropping Lance off the previous day, we get in the car to drop my mom off at the Ronald Reagan Washington National Airport (which is about a 3 hour drive north of Lexington, VA).

Mom needs to fly back to Dallas for work, but she plans to return in two weeks for Lance’s Oath ceremony.  While mom is gone, myself, dad, and Max plan to go on a great two-week road trip through Virginia, West Virginia, Ohio, Pennsylvania, Kentucky, Tennessee, and North Carolina.

After dropping mom off at the airport, dad drives back south to Richmond, Virginia, in order to attend Sunday Mass. Richmond is the state capital of Virginia. Once arriving in Richmond, we go to a Kroger to get supplies. The Kroger is filled with strangers and other  weirdoes! Luckily we got out of the Kroger alive!

After shopping at Kroger, we check into a Motel 6 that looks like a place drug dealers would stay (although the rooms were clean).

After checking into the Motel 6, we went to a great mass at Saint Joseph’s Catholic Church. This church says mass in the traditional latin liturgy of the holy Catholic church. At the mass we saw Father Gordon again.  He was a great priest who was previously at the Catholic church of Mater Dei in Irving, Texas (Mater Dei also does the traditional catholic latin mass)!

After mass we go back to the Motel 6 and watch some Fox News (real news, not fake news like CNN).

After the dinner, we went back to the Motel 6, and watched Fox News!!!