We arrive in Berlin, park the car at the train station, and go get some lunch.   “Fish and Chips” is the name of the restaurant … of course we got fish and chips. Actually, the best fish and chips I’ve tasted.

Next, we hop on a city touring bus that shows you most of the Berlin.  The bus travelled the  red route showing us the main sites of Berlin.

The tour started at the Gedachtniskircne and stopped at 13 other sights including Brandenburger Gate, Berliner Dom,  the Siegessaule,  and lots more. 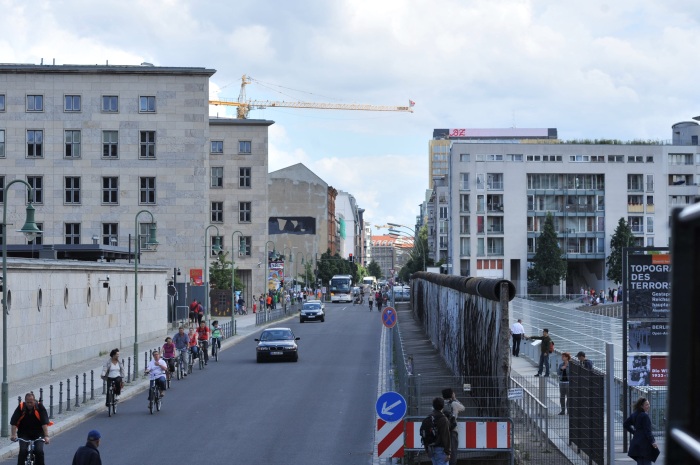 All of the sights are pretty cool,  but the city itself, especially the eastern part, is like the armpit of Germany.   The end of WWII left most of Berlin destroyed.  Then  the Soviets came in and put up their “beehive buildings” all over the eastern part of Berlin and demolished the historic German buildings.

After the tour we head to the train station. and get some curry sausage.  The Germans love this dish which is a sausage and curry sauce.  After dinner we hit the Autobahn and head to Warsaw, Poland.